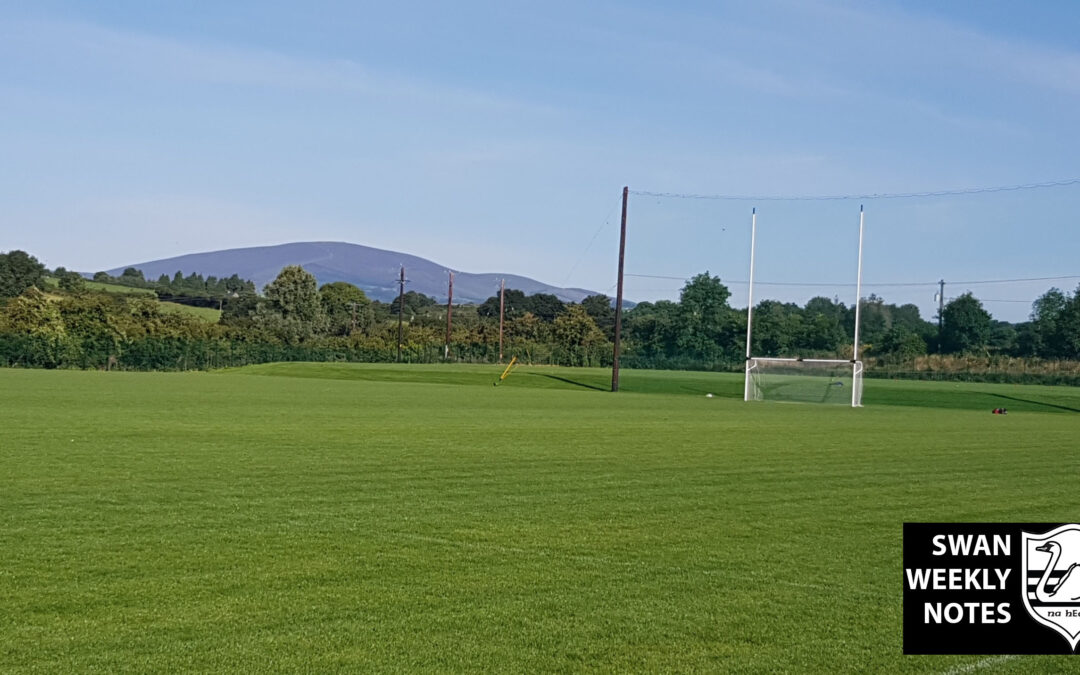 All in Carrick Swan GAA Club were deeply saddened on Sunday morning to hear of the passing of our esteemed vice-president Cissie Russell.

To many people in the club Cissie was a mother figure who loved the club deeply and who travelled to all our games when able to offer what could be termed as vociferous support with her late brother Sean and late sisters Peggy, May and Kathleen and God help anyone that had a bad word to say about the Swan or their players if you were close to that enclave!

There are many different types of heroes in clubs but the real heroes are the people like Cissie who worked tirelessly for the club and who only asked in return that you give of your best.

Cissie’s home in Pearse Square had a path worn out to it both day and night as members of the club collected the keys to the club from her and there would always be the chat at the front gate. Cissie was also instrumental in keeping the bingo going.

The ‘jerseys’ were a different story as long before the times of ‘climacool’ fabric that we have now back then we had only a few sets of jerseys which could have been hand knitted! and when they’d get wet during a match they would add 2 stone weight to you between the rain, blood and sweat.

Cissie being the ‘mother’ did the washing of all the jerseys which was not an easy job and took great pride as they hung proudly on her washing line and they were always in pristine condition for the various teams to wear apart from turning ‘foxy’ over the years!

The losses of her husband Mikey, son Noel and great-grandson Cillian hit Cissie very hard but she battled on surrounded by a great family and to her sons Tom and Michael John and daughters Catherine and Angela and all the extended family we offer our deepest sympathy.

The passing of Cissie is another link of the old Swan gone but she leaves behind lovely memories and her place in the club will live on and will never diminish.

On the playing field, our Senior hurlers were back in action last weekend against Killenaule in the Seamus O’ Riain Cup. We ran out 10-point winners, in the end. It was a big Swan performance in a must-win game.

Next Saturday, our Seniors take on Cashel King Cormacs in their Round 3 game. The game takes place in Clonmel Sportsfield at 7pm. It’s another must-win game for our lads.  Best of luck, lads. You can read about the permutations of the results next weekend, here: https://carrickswan.com/senior-round-up-sunday-august-9th/

On Saturday evening, our Junior A hurlers took on Father Sheehy’s in Ned Hall Park, in Clonmel. We ran out comfortable winners in the end to set up a winner takes all game with Skeheenarinky on Sunday next in Clonmel Sportsfield at 7pm. The winner of the game tops the group and qualifies for the knockout stages of the championship.

The business end of the South Tipperary Minor A hurling championship begins on Wednesday night when our minor hurlers take on Ballingarry in the South Semi-Final. the game throws in at 7pm in Cloneen. St Mary’s await the winners in the South Final.

Our u16 boys are still awaiting their Semi-Final fixture.

Our u14 boys lost out to St Mary’s on The Green on Thursday last in a tight game that could have gone either way. Unlucky boys. Our u14s take on Fethard in Fethard on Thursday night in a game that we must win to keep semi-final qualification in our own hands.

Our u12 D boys took part in a blitz on Saturday last. We played some great hurling beating Kilsheelan by 1 point and also beat Cahir in our other game on the day. Well done boys.

Our u10 boys played a great game against Ballybacon-Grange on Tuesday last, with some great skills on show by both teams.

On the camogie front, our u16s followed up their win over Mullinahone a couple of weeks back with another impressive win over Cashel in a game that took place on The Green on Tuesday last. Well done girls.

The club would like to thank you sincerely for supporting our lotto. Your support helps our young players and also helps our field development project.  You can purchase your lotto tickets here: www.carrickswan.com/lotto. Online entry acceptance ceases at midnight each Wednesday with the weekly lotto draw will be streamed live on Facebook each Thursday evening at 8-30pm. Anybody who wishes to enter the draw but is unable to do so online can contact any lotto promoter or committee member who will arrange envelope entry.

Carrick Swan would like to pass on their condolences to the Connolly family of Main Street and Kilmacthomas, on their recent bereavement.